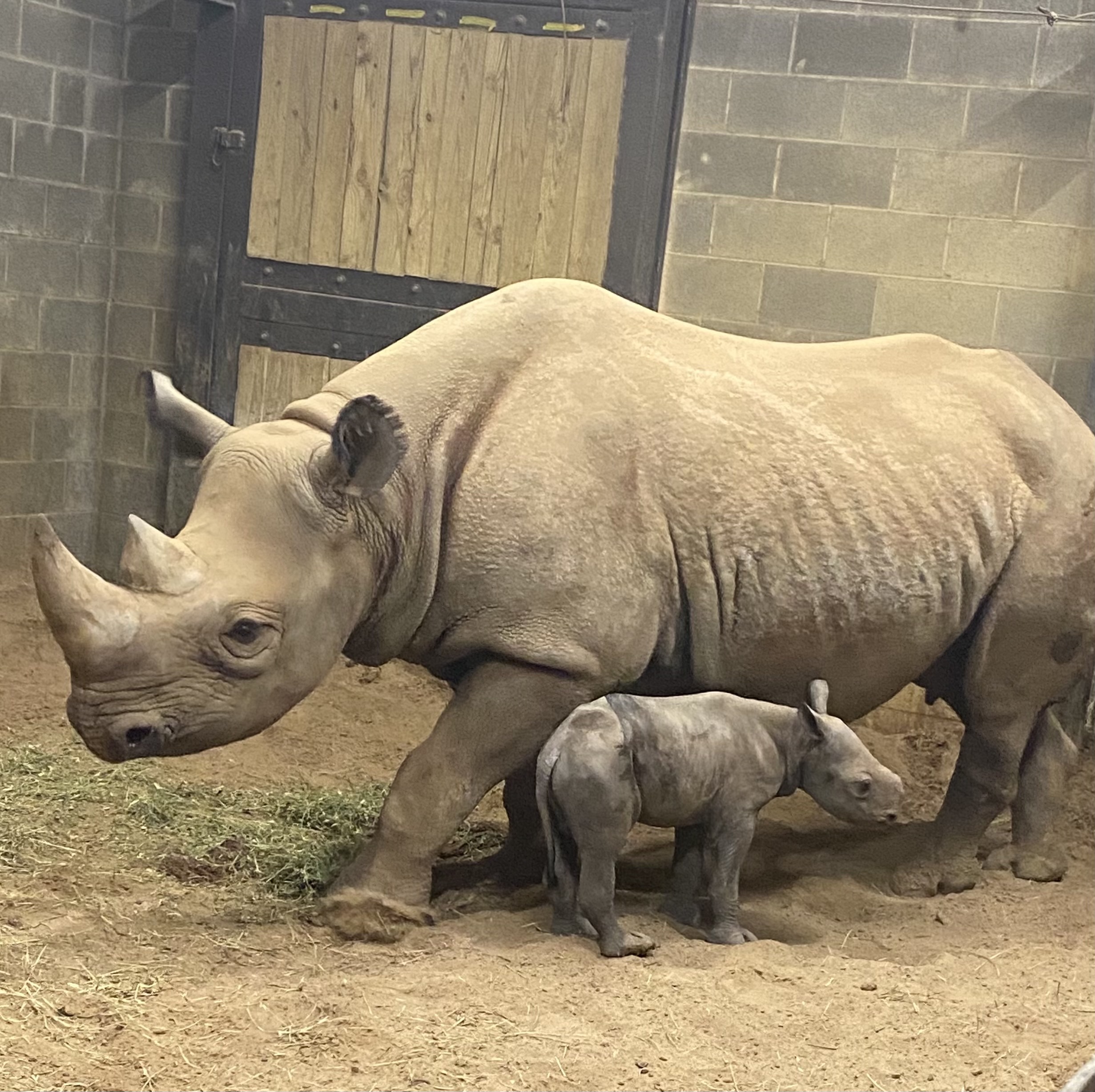 LITTLE ROCK (November 11, 2021) – A baby eastern black rhinoceros was born overnight at the Little Rock Zoo making this the first rhino birth ever for the Zoo and a milestone birth for rhino conservation.

Zoo staff are monitoring the calf’s progress. The calf will not be visible to the public for several weeks. So far, mother and calf are doing great. Zoo staff have been monitoring Andazi since her pregnancy was confirmed.  Preparations for the birth occurred over the past several months to ensure there was comfort for mom and baby.

Typically, an eastern black rhino calf will weigh 50 and 100 pounds at birth. Mom and dad typically weigh around 2,500 pounds. Black rhinos are identified by their prehensile upper lip which can grasp like a human finger. This species is a browser and uses the upper lip to pull branches into its mouth.

Once widespread across the eastern nations of Africa (Ethiopia, Somalia, Tanzania, and Kenya), rhino populations have plummeted as they are hunted for their horns.  The population has declined 90 percent, with totals estimated at around 4,500 in the wild. The eastern Black Rhino is listed as critically endangered by the IUCN Red List of Threatened Species meaning it is at an extremely high risk of extinction in the wild.  The major threat to its conservation is poaching, although recent efforts to protect the species have seen a modest annual recovery rate of around 2.5% from committed law enforcement efforts and successful population management measures.

The Little Rock Zoo is accredited by the Association of Zoos and Aquariums.  Look for the AZA logo whenever you visit a zoo or aquarium as your assurance that you are supporting a facility dedicated to providing excellent care for animals, a great experience for you and a better future for all living things.  With its more than 200 accredited members, AZA is a leader in global wildlife conservation and your link to helping animals in their native habitats.  For more information, visit www.aza.org.